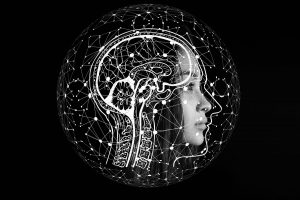 In my previous article Cognitive Biases: Reality and Consequences, it was determined with Caroline Boyce CHRP, Director of Talent Planning, Acquisition and Integration at Loto-Québec and lecturer at HEC Montréal for the Certificate in Human Resources Management, that we all have unconscious biases. These biases can have consequences on the effectiveness of a selection process and, ultimately, on the company’s performance.

“Having biases is not negative, it’s human,” reinforces Caroline.

The good news is that they can be “controlled”.

By learning to recognize the different types of biases and the ones we have, and to use the tools that will help us avoid them when making decisions.

There are many biases, and this week I invite you to take a look at some of the most common ones, and how to recognize them.

A candidate arrives 5 minutes late and your first thought is that she is not organized, and that she gets off on the wrong foot.

A soft handshake? It is not motivated. As opposed to a firm handshake, you immediately judge that the person is dynamic.

First impressions can lead us in the wrong direction.

Caroline gives the example of a member of her family. An “ice chest” who has returned to university after several years in the workforce. He was imposing in stature and had a beard… he was aware that he gave the impression of being a delinquent. In order to minimize this effect, he chose to wear… glasses! This allows him to change (a little) the perception of the other students, and to be selected in good work teams.

You have met three candidates in the finals, and you have identified one of them as the best of the three by comparing them to each other. Or you rank candidates in order of preference to each other by the skills on their CVs, not by those required by the position.

Comparing candidates against each other – instead of evaluating which one is best for the role – can lead to recruitment errors.

The bias of the first impression sums up the halo effect well.

A candidate has impressed you with a specific aspect of her CV, a skill or an answer to a question that she answered very well. From that moment on, you put her on a pedestal and assume that she is the best candidate by generalizing the identified aspect to the whole person and every other realm of her life. This puts what seems to be an “aura” around a single characteristic of the candidate…

You have attended a certain university, come from a specific region, or belong to a certain group or association. And you have a preference, conscious or unconscious, for the people who belong to it, just like you.

“This bias is the strongest of all,” Caroline shares, “because managers want to hire people who look like them. The risk applied to this bias is that you end up with a homogeneous team, and a single point of view, which can create silos and operational impacts. »

A judgment is made on certain information that has not been validated and put into context, which may be unfavorable or favorable to the candidates, depending on the situation.

“This candidate has changed employers 3 times in the last 5 years, he is not stable” is the most frequent and well-known example to illustrate this bias.

Another example is, “This candidate has indicated volunteering, so he or she is a good candidate”.

You have made a judgment on a candidate. Unconsciously, your next questions will be asked to confirm this judgment, which may itself be erroneous. You are thus seeking to confirm what you believe you have identified.

“When you do repeat interviews,” explains Caroline, “you can apply a confirmation bias because you rely on your experience, the recruiter in you, when you meet a certain type of candidate. But you may be missing out on good potential. »

Putting words into a candidate’s mouth instead of asking a question.

For example, “I see that you have used CRM in all your positions, you must be very comfortable in this type of environment.”. We then guide the candidate to answer in the given direction without being able to get a real answer.

Perceiving people with beauty attributes as having a better chance of success is common and for the most part unconscious.

“The more symmetrical a person’s face is, the more likely we are to trust them,” illustrates Caroline as an example.

Our memory can play tricks on us during a selection process, as it tends to remember more easily information that has recently been gathered.

This bias can thus influence the decision about the last good candidate we met – and can be even more so if combined with contrast bias.

Biases are unconscious, and they affect objectivity unless we are able to identify them ourselves.

By being able to recognize them – and by truly knowing ourselves – we have already taken a step towards avoiding them.

The next article will give practical tools to better control and avoid situations involving bias, even if they are often unconscious.

Would you like to discuss your talent management strategy that will allow you to maximize your recruitment and retention efforts and support your growth?

How to select the right recruiting firm! Recruitment tests during interviews! Employers: be at your best for your interviews!